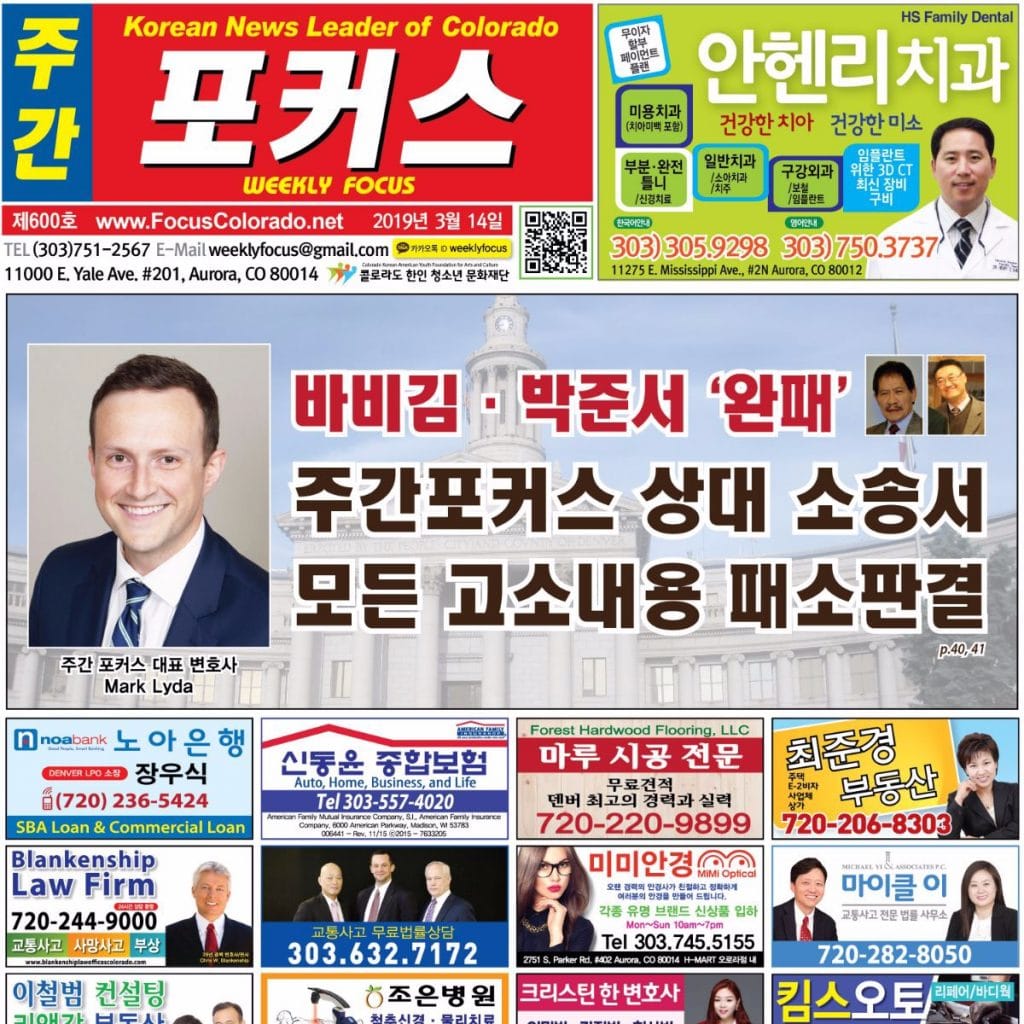 Lyda Law Firm won a complete defense judgment for its clients on claims of defamation and extreme and outrageous conduct. Lyda Law Firm represented The Weekly Focus, a Korean-language newspaper, as well as the newspaper's editor. Four other Lyda Law Firm clients were previously dismissed from the suit.

The allegations in the case stemmed from a series of articles in which The Weekly Focus alleged gross financial mismanagement of the major civic institutions in the Korean-American community. The newspaper also reported that the Plaintiffs, who had mismanaged the funds, tried for years to intimidate and discredit the paper through vile, gender-based attacks and public smears.

The Plaintiffs, who claimed the newspaper's reporting was fake news, sought approximately $2 million in damages, plus additional money as punitive damages.

After a six-day trial in front of Judge Egelhoff in Denver District Court, the Court issued a 31-page order entering judgment in favor of the Defendants on all claims: six claims of libel per se, two claims of negligence, and two claims of extreme and outrageous conduct.

The defense focused on establishing the public importance of the reporting, which created a favorable legal standard for the newspaper. The First Amendment affords extra legal protection for reporting that addresses public figures and/or matters of public concern.

"This trial judgment is a victory for Freedom of the Press," said attorney Mark Lyda. "We commend The Weekly Focus, and its editor Ms. Hyun-Joo Kim, for their courage and journalistic doggedness in the face of enormous pressure to remain silent."