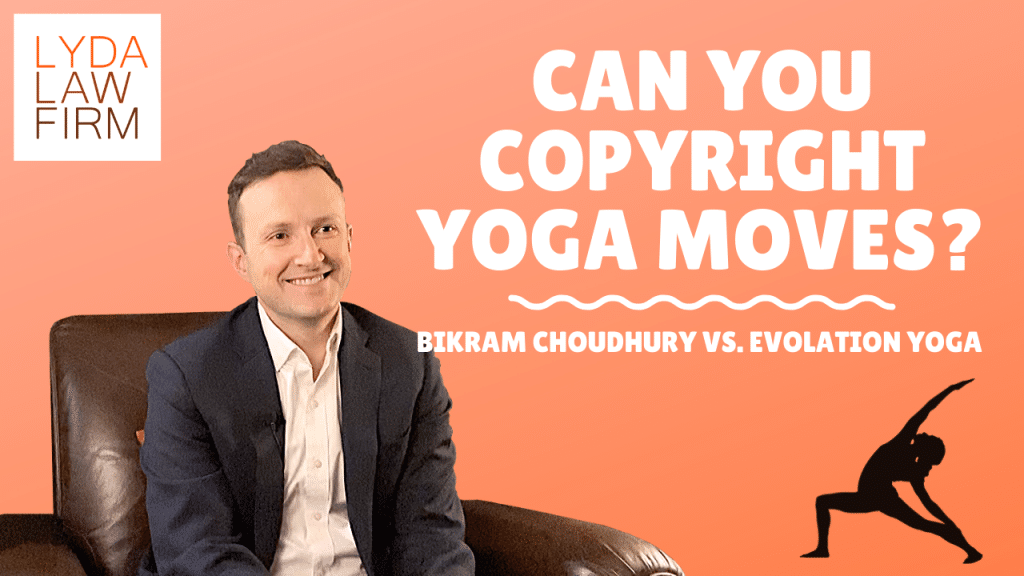 This topic might sound like it’s unrelated to small businesses, but this article isn’t just about yoga. In fact, it’s not about yoga at all.

This article is about copyright laws and intellectual property rights.

We got this idea from a Netflix documentary about Bikram Choudhury, the founder of Bikram Yoga, called Bikram: Yogi, Guru, Predator. It’s called that because, apparently, in addition to being a very famous yoga instructor, he is also, apparently, a sexual predator.

But, once again, this article is not about that.

The case of Bikram Choudhury is interesting because it asks the question, “what can you own?” What ideas and intellectual property can you actually own and have legal protection over? This is important because it affects way more areas of life than you would expect. And it's a very deep philosophical question about the nature of artwork and technology.

In the documentary about Bikram, he claims that he composed the yoga postures and breathing exercises in a specific order (turns out, he actually stole the sequence…). And even though he did not invent the postures, he sought intellectual property protection over the sequence of yoga postures.

Bikram had two lawsuits about whether he could assert copyright protection over his sequence of yoga postures. The first one settled, but the second one went all the way to the 9th Circuit Court of Appeals, which is just one stop short of the U.S. Supreme Court. The lawsuit went after one of his students who started a competing yoga studio that taught the same sequence of yoga postures in a hot room, just like Bikram.

Bikram lost because the federal statute on copyright law states that:

"In no case does copyright protection for an original work of authorship extend to any idea, procedure, process, system, method of operation, concept, principle, or discovery regardless of the form in which it is described, explained, illustrated, or embodied in such work."

So, according to copyright law, ideas, processes, systems, and other things like that are not copyrightable. The 9th Circuit Court said that the stringing together of these 26 particular postures is just a process. And the idea for that process does not enjoy copyright protection, so anybody can do it without having to tithe to big Bikram himself.

They say that businesses consist of three things: people, culture, and systems.

So, unless it involves trade secrets, the court’s decision has implications for what systems you can have copyright protection over.

The Bikram decision was in 2015. A few years later, a journalist named Sarah Jeong, at Vice.com, wrote an article that said that this same principle should apply to APIs. An API is an application programming interface; it's like a set of procedures for computer code. The Vice article argued that the principles that applied in the court determining that you cannot copyright yoga postures should also apply to APIs and computer code.

Currently, there's a huge lawsuit that the U.S. Supreme Court is currently considering, which is Oracle versus Google. Oracle is suing Google for using some of its JavaScript APIs. And the question is whether copyright law can protect APIs. Oracle says that APIs are like the chapter titles and point headings that you might see in a book. And Google says, no, they're more like the QWERTY layout of a keyboard, which is not copyrightable.

This has huge implications for the interoperability of computer programs. And some argue that if people can copyright and if companies can copyright APIs, that it will make it harder to develop new programs that work together.

So, this yoga case that determined that yoga postures in a certain sequence cannot be copyrighted actually could have broader implications for technology and artwork.

Implications for Art and Technology

The last point that is really interesting is how the 9th Circuit described their reasoning in the Bikram case. They said:

"Rather than stimulating artistic creativity for the general public good, copyright protection for the yoga sequence would prevent the public from engaging with Bikram's idea and building upon it."

So, you can see how that would also apply to computer code. Whenever you have coders or artists in the same room, intellectual property can actually be a really hotly debated topic. Because we want to be able to protect our creations, but we also want to be able to use earlier creations to create something new on top of it.